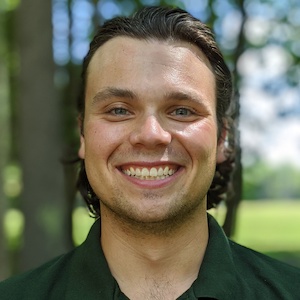 He has completed his 16th summer at Camp. Joe was previously a Cabin Leader in Juniors from 2015 through 2018, serving as the Junior Division Head in the 2018 summer, and Besserer Division Head in 2019 before moving into his current role. Further, Joe represented Belknap at the American Camp Association National Conference in 2018, and has written nationally-acclaimed work in the ACA Magazine.

Outside of camp, Joe is in his second year as a teacher, coach, and advisor at Delbarton School in Morristown, New Jersey. He teaches Middle School Math and Spanish, coaches Football and Track & Field, and runs the Ski Club, Board Game Club, and the Middle School Magazine.

Joe received his B.A. from Middlebury College in Vermont where he studied Sociology/Anthropology and minored in Spanish and Education Studies.